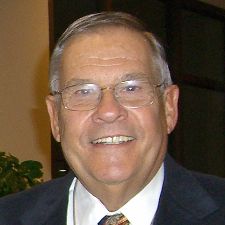 Dr. Stropko received his DDS from Indiana University in 1964. After serving in the United States Air Force as a captain in the Dental Corps, he practiced general and restorative dentistry until 1987, then decided to further his education and pursue specialty training in endodontics. In 1989, he received a Certificate for Endodontics, from Dr. Herbert Schilder, at Boston University, and returned to private practice, as an endodontist, for the next 23 years.

Dr. Stropko enjoys lecturing and is an internationally recognized authority on Conventional and Surgical Micro-Endodontics. He has been a visiting clinical instructor at PERF; an Adjunct Assistant Professor at Boston University; an Assistant Professor of Graduate Clinical Endodontics at Loma Linda University; and was on the endodontic faculty at the Scottsdale Center of Dentistry, responsible for the Micro-Surgical curriculum. His clinical research on “in-vivo root canal morphology” has been published in the Journal of Endodontics; and, wrote the Micro-Surgery chapter, in Vol. III of Arnaldo Castellucci’s textbook, “Endodontics”. Dr. Stropko is the inventor of the Stropko Irrigator, and was the co-founder of Clinical Endodontic Seminars. Over the past two decades, he has performed numerous national and international live MicroEndodontic and MicroSurgical demonstrations.

In 2012, Dr. Stropko decided to quit private practice and spend more time writing, lecturing, and traveling. His favorite pastime is keeping up with the ever changing evolution of technology in endodontics and sharing his fifty years of dental practice experience. He is currently the Program Director for the Horizon Dental Institute in Scottsdale, Arizona. John and his wife, Barbara, currently reside in Prescott, AZ.